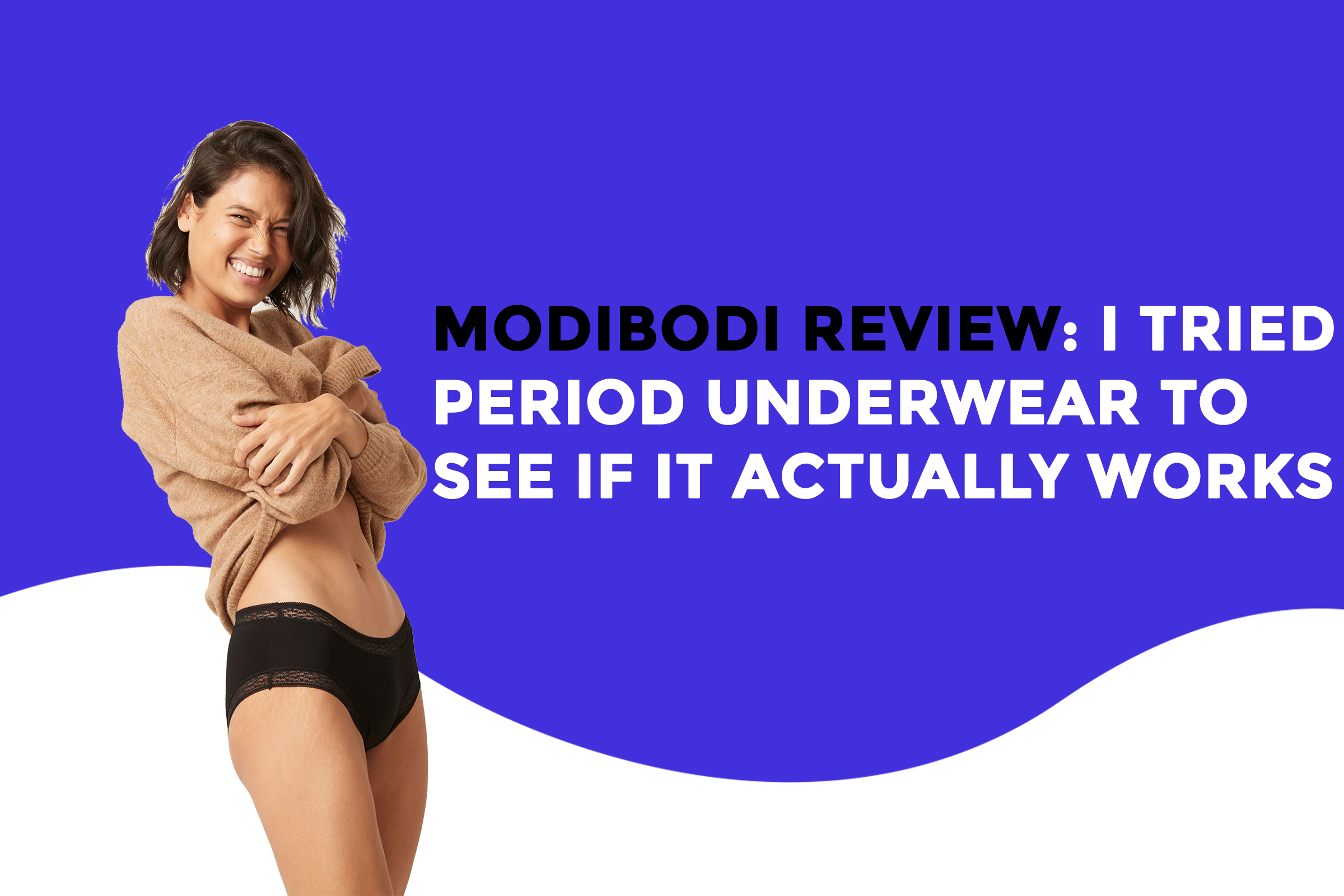 When I first heard about period underwear, my initial reaction was disbelief.

Not to diss science or anything, but I was fairly certain there was no way a measly pair of knickers was going to be able to handle the wrath that is Day Two of my period.

As such, I chalked it up to one of those passing fads that would eventually fade into the background, much like a handprint on a hypercolour T-shirt.

But the funniest thing happened. It didn’t go away. In fact, more and more people were coming forward and saying how life-changing and excellent they were.

Even Mila Kunis got on board, saying she was “obsessed” with the idea; and from our own home shores, writer and comedian Rosie Waterland describe the technology as “PERIOD DISAPPEARING MAGIC”.

But what I wanted to know was HOW?

In my view, unless they were akin to an adult nappy I just didn’t see how ‘period pants’ would work.

I decided to find out

First up, I had to choose which brand to trial, because believe it or not, there are more than one.

I went with Modibodi because a) they are Aussie and b) have recently been voted the #1 period underwear and incontinence underwear brand and c) were recommended to me by a colleague.

I contacted them and, once they found out I was keen on trialling their product and writing about it (yes – the good, the bad and the bloody) they sent me over a bunch of my very own period panties in a couple of different styles.

Let’s talk about the bit most confounding bit of all – the lining – because this is the bit that is supposed to hold up to 20 ml or two tampons worth of liquid. So how does it not look like someone sewed a super pad into a pair of undies?

This must be what Rosie referred to as the period disappearing magic because at just 3mm thick, it doesn’t look puffy or fluffy or pad-like at all.

It looks like a normal pair of sleek black undies with a slightly thicker crotch bit.

There are differing flows (super light, light/moderate, moderate/heavy, heavy/overnight and moisture wicking) and obviously the lining is going to feel thicker the heavier you go. STILL not nearly as thick as a pad, though.

As for how it’s meant to work, here’s a breakdown I pulled from the Modibodi website:

Most of the undies that were sent to me were plain and black, but you can get them in other colours (I had a token purple pair) and also styles, including contour, curvy, sensual, seam free and maternity. There’s also a new teen range which, in my opinion, would be fabulous if you have a girl who is tampon-shy but adverse to chunky pads.

So now I had a bag full of swag and nothing to do but wait for old Aunt Flo. I have to say, as a woman who works in a female-driven workplace I couldn’t have had a more supportive environment in which to give them a whirl … But when Lady Business did rock up on a Friday afternoon, I realised all my Modibodi undies were at home.

Which begs the question, when waiting for your period, do you just keep on wearing your period pants until it arrives? Or do you keep a spare pair in your work drawer?

For those with super regular periods I guess you would have a good idea of the day your period is due, but I’m not on the pill and my periods have been fairly whack since the birth of my daughter, so it wouldn’t work for me.

Anyway. Point is I got my period and had to rely on a good old tampon until I got home in order to trial my first pair of undies.

I’m not going to lie. I have a LOT of great stuff to say about these undies but on days one-two (my heaviest) I just didn’t feel they packed the punch to deal with my situation.

Not that I bled through or anything, but as someone who relies on tampons (RARELY pads) I couldn’t get over the queasy notion of feeling myself bleed.

And after 35 minutes I just felt kind of … moist. (Ugh, that word, I know, but nothing else will do.)

So I packed it in.

Side note: I don’t want to get too graphic here, but while ModiBodi soaks up liquid like a pro, there’s only so far it can go, and women who have heavier periods or who experience clotting may not love the result.

Determined to persevere, I waited until my heavier days were over before cracking out the Modibodi’s again, and this is when I finally understood what all the fuss is about.

Rosie’s description of “period disappearing magic” is spot on (or spotless) and I just don’t know how to explain it.

Like, you logically know you have your period, but when you go to the bathroom there’s not really any evidence of it being there?

I stayed in my Modi’s for the rest of my cycle and didn’t experience a single hiccup.

They were comfy, they did the job and I didn’t have to worry about heading to the loo every couple of hours to change my tampon.

Speaking of tampons, something else which I really loved about these undies was having another alternative to wearing a tampon overnight.

I don’t know about you, but I don’t love the idea of something staying inside of me for eight hours at a time but I also find pads to be bulky and awkward.

To me, period undies were the perfect solution and I will 100 percent use them again for this purpose.

OK, so as I said, I wouldn’t use period pants on my heavier days. This has nothing to do with their ability to the job, just my ick factor and not enjoying the experience. IN SAYING THAT, though, if you had a super hectic period, why not wear a lighter pant as well as your tampon for backup? That way you can breathe easy knowing you aren’t going to leak anywhere, even if your tampon overfloweth.

For overnight use, I love these pants SICK. 10/10 will use again.

I also appreciated wearing them on my lighter days instead of faffing about with super slim tampons or liners.

It’s worth noting at roughly $30 a pop, these babies aren’t exactly cheap – and unless you want to doing a hella lot of laundry, you obviously need to invest in several pairs to see you through your cycle.

BUT, would I recommend interested parties to give them a go?

The Lakeside Collection : amazing products for your home & garden decor

Is Hostinger Good For eCommerce